Our work at the Penn Charter Performing Arts Center.

William Penn Charter School is an independent school in Philadelphia, Pennsylvania, founded in 1689 by William Penn. It is the oldest Quaker school in the world, the oldest elementary school in Pennsylvania, and the fifth oldest elementary school in the United States. Today, Penn Charter enrolls boys and girls in pre-kindergarten through 12th grade. It is considered to be an exclusive private school and is ranked among the top schools in the Philadelphia area. The “Charter” in the schools name does not, as might imply, mean that it is a charter school. Rather, it is a reference to the historic document that was signed by William Penn to establish the first Quaker school in America.

The new performing arts center at the William Penn Charter School is a world-class facility. WIth 50 LEED points, the Kurtz Center received the Gold Certification from the USGBC. The center features state-of-the-art sound, lighting and technology, including a recording studio, choral room, orchestra room, practice studios, and a four-level orchestra pit in the main amphitheater.

Get Help With Your Project

Included in the contract:

Get Help With Your Project 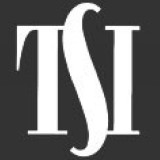 Get seating/design articles & resources sent to your inbox.